If you haven’t done so already, read this page first: Signal Control Analog.

A manual signal block is the easiest way to implement a signal into your track layout. You can create a signal block system by using a supplementary switch attached to the electric signal drive. We need the following components:

The example above shows just a single track, of course you can extend your layout with more signal tracks by just repeating the process for a second signal. 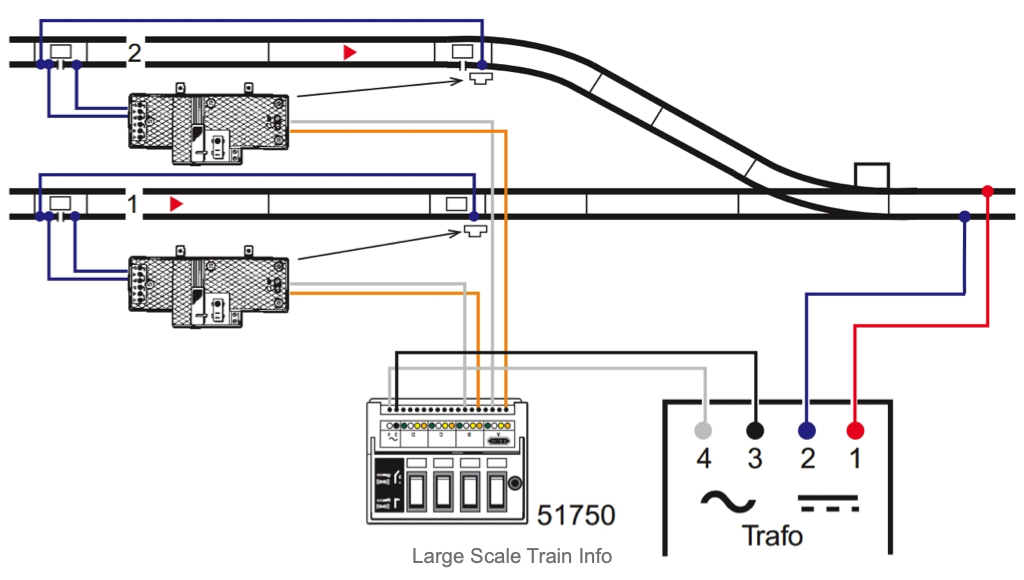 The #50910 “distant” signal can be added to almost any signal circuit. The distant signal only functions as a warning to the engineer that a mandatory “home” signal is ahead. So the
#50910 has no train control functions (and no supplementary switch). The circuit is simple. Connect the orange and white terminals on the 50910 to the orange and white terminals on the “home” signal. Now, the distant and home signals work together at the same time with the same control signals from the control box.

On a real railroad, the manual signal block would be considered dangerous. Why? Because it relies on fallible humans to set the signal properly. The EPL system offers an easy, but partial, solution. We need extra components:

Of course, we can make our signal-controlled railway even safer by eliminating the human factor completely. With this fully automatic circuit, you can run two, three or more trains at the same time without any fear of collision.

The block circuits are very similar to the Semi-Automatic Signal Block. As before, the circuit uses one 17100 for automatic “Stop” (Hp0) control. However, there is no 51750 for manual “Go” (Hp1) control. Instead, there is an additional 17100.

When a train leaves a block, it disconnects power from the block immediately behind it. When that train reaches the entrance of the next block, it connects power to the block two blocks ahead, releasing the train stopped in that block. This arrangement keeps the trains moving from block to block, with one “Stop” block between them at all times.

This circuit is relatively simple to build, impressive to watch and easy to operate. The only special consideration is that the distances between the blocks should be at least one train length. 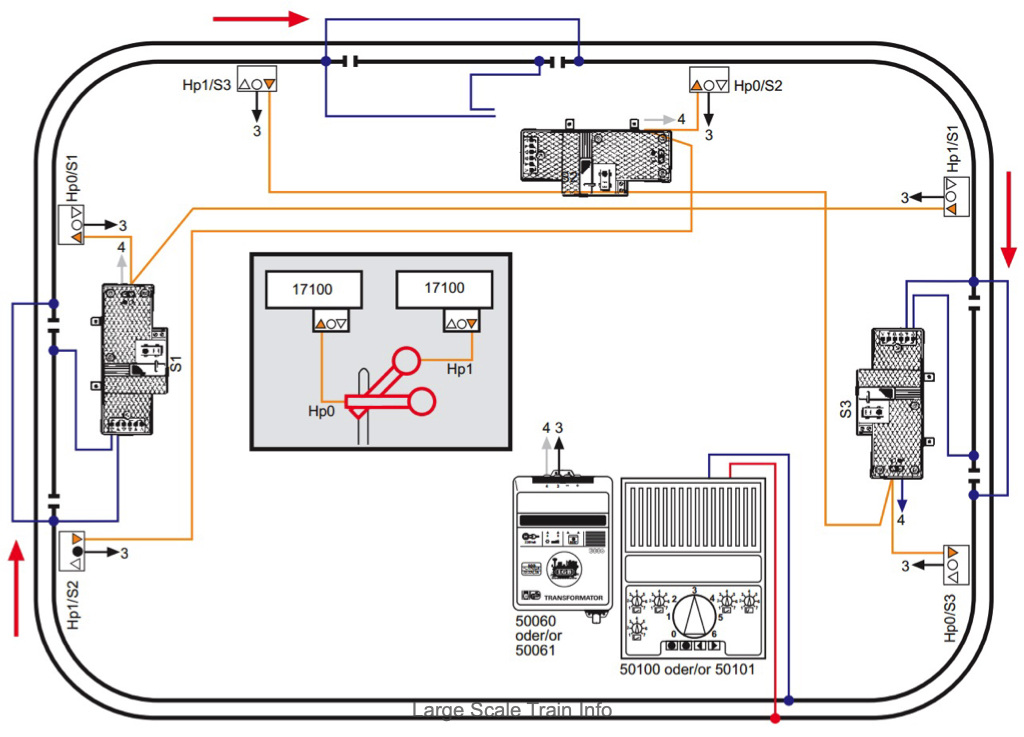